Home  >  Guest Posts  >  MVP and Ecommerce: How do they co-exist, and how can you benefit from it?

MVP and Ecommerce: How do they co-exist, and how can you benefit from it?

Ten years ago, the combination of three letters “M”, V”, and “P” would make no sense, at least in software development. Today, the term “MVP’ is so popular in the IT-sphere, some would even call it a buzzword.

Yet, the fact that most people know about MVP does not mean that they know what MVP is and what benefits it offers. Particularly in eCommerce, the potential of MVP development is certainly underestimated.

So, in this article, I am going to dive deeper into the peculiarities of MVP and its role in the eCommerce sphere. Not to get you bored soon, I will try to embed as many examples as possible. For all of us to be on the same page, I should begin with what MVP is.

In this section, I will offer you three different definitions of MVP: one provided by the person who coined the term, one formulated by the man who popularized it, and one written by me.

1) The term “MVP” was coined by Frank Robinson in 2001. He is the founder and the president of SyncDev. Here is what definition of MVP Frank Robinson provides on the official SyncDev website:

“The MVP is the sweet spot in the upper left quadrant of ROI on the vertical axis and risk, which correlates directly to effort and time to market, on the horizontal axis.”

“It is a version of a new product which allows a team to collect the maximum amount of validated learning about customers with the least effort”.

3)  I believe that there is an even simpler way to explain the concept — and to do so, let’s dive into the name. The development of a minimum viable product is about taking minimum features (one or two) that are viable (in other words, essential, unique to your idea) and implementing these features into a product.

So, a minimum viable product is a version of a software product that implements only one or two features that are essential to the idea.

This explanation demonstrates the major difference between an MVP and a full-fledged product. The former is a partial implementation of the latter, focused on its central, defining features.

However, such a definition may make a wrong impression that a minimum viable product revolves around features.

Is MVP user-centered or feature-centered?

The truth is, MVP development is not feature-centered. It is user-centered. And this is the statement that my definition was lacking.

The features you implement in your minimum viable product are of no value if they are not loved and used by your target audience. The very purpose of MVP development is to understand three things:

You can consider your MVP successful if your users show interest in your product, praise or critique your solution, and anticipate the final product to be rolled out. In other words, you build an MVP to test the market, and it is successful if you receive a lot of informative feedback.

Therefore, I should update my definition to the following:

Minimum viable product is a user-centered version of a software product that implements only one or two features that are essential to the idea in order to test the market and collect informative user feedback.

What is MVP in eCommerce?

Ecommerce software is represented mostly by various online services for buying and selling products. So, the primary purpose of an eCommerce business is to sell.

Respectively, the goal of the eCommerce MVP is to test the ability of a certain business to encourage people to buy products from them.

Now, you have to understand that, if you develop a shopping platform that is no different from any other — you probably can do without MVP development. For instance, if you have an actual store with shoes, and you also want it to operate online, you do not need an MVP because there are hundreds of other shoe stores on the web. Judging by the examples of your competitors, you know for sure that your idea will work if you invest heavily in advertising.

However, if you aim to build something innovative — a platform based on a unique algorithm, offering some unique user experience or some unique products, — you should test the market interest.

Developing an MVP for your innovative eCommerce business idea will help you verify your idea, optimize development resources, attract early adopters, and get the word about your service out to the market sooner.

To collect feedback, there are plenty of tools and services you can use:

What are the examples of eCommerce MVPs?

The most common association with the word “eCommerce” must be Amazon. The company went an amazing path from a book-selling e-store in 1994 to a global eCommerce leader in 2020. The company was not built as a minimum viable product simply because the concept did not exist at that time. However, we can view the story of Amazon as an example of MVP development. The company started low with selling books, and when the business model proved effective, they started expanding their range of products. As of today, the company has about 150 million monthly users, and its revenue in the first quarter of 2020 was more than 75 million USD.

Yet, the most often cited example of an eCommerce minimum viable product must be Zappos. The company was founded in 1999. Twenty-one years ago, the concept of an online shoe store was unheard of. When Nick Swinmurn could not find a pair of shoes for himself in a local mall, he started thinking “Why can’t they sell shoes online via the Internet?”. But instead of waiting for someone else to do it, Nick decided to do it himself. Before investing everything he had into the development of an online shop and purchase of shoes, he decided to check his idea. He built a very basic web page. Then, he went to the mall, took pictures of shoes available there, uploaded those images to his website, and waited to receive orders. Once someone decided to buy shoes from him, he ran to the mall, bought the pair, and shipped it to the customer. It certainly was a lot of manual work and a lot of running around. However, this effort helped him prove that his innovative idea was worth implementing. Only two years later, Zappos was a widely popular online shoe store, which generated over 8 million USD in annual revenue. Today, it has over 20 million of active users and generates over 560 million USD in net sales.

The history of Groupon also began with a minimum viable product. The founder of Groupon, Andrew Mason, was the founder of The Point, which he had actively worked on for about a year until it failed in 2008. The Point was created as a collective action platform, but Mason did not test this solution with the market, and it turned out to be useless. However, there was one project pushed on The Point, which was aimed to help people get discounts and promo codes to save money on purchasing different products or services. Andrew Mason looked closer at this project after The Point had failed. That time, he decided to run an MVP first. He developed a WordPress web page, where he would sell coupons for a pizza shop in Chicago. Similarly to Nick Swinmurn, Andrew Mason did the main job manually. He handled coupon requests manually via email. The idea soon proved to be worth implementing, so Groupon was developed into a full-fledged software product. As of today, it has about 45 million unique users and almost 3 billion dollars in revenue.

One of the less-known eCommerce platforms that started with MVP is The Check Network. This platform is unique in its endeavor to help businesses, brands, or webshops promote themselves and generate extra turnover. The platform lets businesses create their profile with company description and contact details. All the businesses available here are divided into industry sectors. For users, The Check Network offers the benefit of making a weighted decision since most shops are gathered in one place. For businesses, it offers the benefit of brand visibility. To encourage people to use the platform, The Check Network offers various discounts and special offers. While the website is currently in reconstruction, it is a great example of a successful MVP development. Today, the platform has its devoted users, who will come back to using the service after the redesign is over.

So, what should you do next?

I think that, so far, I managed to persuade you that MVP is beneficial and useful. Now is time to answer the question if you need MVP for your idea. If you read the article carefully, you should have the answer in your head.

Is your idea unique and innovative? Or is it no different from hundreds and thousands of other online marketplaces? 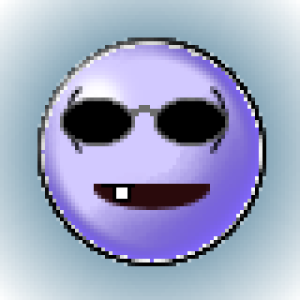 What is an Ideal Customer Profile?

Discover how to define your ICP and apply it in your acquisition & retention campaigns – to ultimately increase your profits.

What Is a Good Net Promoter Score?

Discover everything related to NPS: interpretation methodologies, the importance of benchmarking, and fresh insights on improving your NPS.