Our 5th episode of The eCommerce Growth Show aired yesterday and we had an awesome guest – Michael Dragich.

Did I mention it’s Friday folks?

Who is Michael Dragich?

As the founder of ShopaFree, Michael Dragich and his Detroit based team of three Shopify Experts has built hundreds of Shopify stores for free over the past four years.

In yesterday’s episode we have discussed with him why this unique business model (The ShopaFree model) was developed, the path to becoming profitable, and how you as a merchant can get your store set up and designed for free.

Read along to find out more about all of the above and the struggles of living with a foot-long Rick Rubin-esque, ZZ-top 4th member, Duck Dynasty extra, forest of facial follicles <- soup is thine enemy 🙂

Key Takeaways from This Episode

ShopaFree started four years ago with just a simple idea of building Shopify sites for free based on the Shopify partner commission.

A lot of merchants are unaware of the fact that when you hire a Shopify Expert and you’re building a store brand new and they’re setting it up for you, Shopify gives developers tools to create development store and by doing that you can basically prevent the merchant from having to pay for a Shopify plan until they’ve paid for the actual development of the store.

At that time the developer “hands over the keys”. so to speak, or transfers ownership of the store to the merchant.

The ShopaFree model is totally inverted from that. Effectively what we do during the onboarding process is the first step is handing the merchant “the keys to the store” and have them select the Shopify plan which puts them in the spot of receiving the free store setup from us.

And Shopify loves it, they’re super excited about it.

It really is the definition of a win win because effectively Shopify is getting not just new merchants but they’re getting happy merchants with a store that they love!

So every time they log in they feel like “Wow! I really want to make this work” because it feels better to them as opposed to just having to deal with creating the store on their own with no interaction with other people.

Obviously the merchant wins because of the free setup of course!

I watched Tobi’s and Marc’s announcement the other day about Shopify and Facebook joining powers to create Facebook Shops.

Number one it’s a great idea. Number two, it reminded me a little bit of the time when Steve Jobs announced the fact that Bill Gates was investing in Apple in the late 80s or earlier.

I see it like two companies that definitely have a passionate following.

And whether you love or loathe them, you are using them. We all use them and that’s that’s the fact of the matter. They’re almost a necessity sometimes. I personally am of course a huge fan of Shopify and as far as Facebook goes, it’s the same kind of thing.

You can exist elsewhere in social media: Twitter, YouTube and other channels for sure, and you can even sell elsewhere but Facebook is probably the single best, most important, social selling platform that you’re going to be involved with.

So yeah I’m all for it. I like the way Tobi described it. It’s basically headless e-commerce.

You can sell anything anywhere to anyone at any time. And that’s kind of perfect.

The five points of the perfect partner program on Shopify

Make sure you don’t miss out on this amazing episode watch it here.

Tune in next week, Thursday, May 28th as we have a very special guest coming in: Sean Sheppard, Founder of Growth X and we will discuss  “How to make the shift to the new ‘normal’? 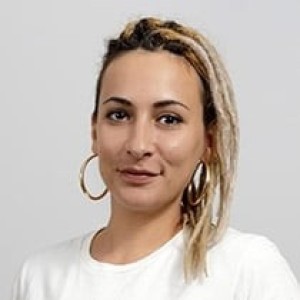 How to generate more revenue within your store with Gift Cards with Nadav Berger – eCommerce Growth Show Ep. 28

Nadav Berger is speaking about how to generate more revenue within your store with Gift Cards at the eCommerce Growth Show.

Kelly Vaughn is talking about identifying and fixing conversion killers at the eCommerce Growth Show.

Ton Wesseling is speaking about outperforming your competitors by embracing evidence-based growth at the eCommerce Growth Show.