Home  >  eCommerce Growth  >  Why Shopify is the real Amazon contender

Why Shopify is the real Amazon contender

Shopify vs Amazon: the main differences for consumers and merchants. Why should merchants choose Shopify against Amazon?

Call Amazon greedy, call it smart, call it data-driven… call it however you want. The fact is, Amazon is BIG. And, it keeps on getting bigger and bigger.

As Amazon taps into various markets such as ads and cloud computing, the data-driven retailer is also putting its own existing merchants at risk, in three major ways:

From a marketing perspective, Amazon has won the habit-creating game:

Even after finding a product on a competitor’s website, 90% of people will lead to Amazon and search for the same product.

However, it all raises some questions. Can this last?  Is this good for entrepreneurship, especially small entrepreneurs? And, what about the end consumers?

As Amazon gets bigger, signals from big brands show that Amazon is not the best long-term partner for them either.

Nike Inc. is breaking up with Amazon.com Inc. The sportswear brand is planning to cease selling its sneakers and apparel directly on Amazon’s website, ending a pilot program that began in 2017.

They will, however, continue to work with other retailers.

AmazonBasics – which started out in battery sales, and still mostly offers electronic essentials such as phone cords – has, according to a recent report, started to take sales from other private labels as it gets into more and more categories. Its Pinzon bed and bath sales have dropped by 50% last year (about $8M) since AmazonBasics moved into that turf, while the latter is growing by about 50% (or nearly $10M in sales), primarily in bedding products. [source]

Do you remember that frustrating moment when you used to play Monopoly and someone had all the hotels on all the lines?

Yep! That’s the risk all the retailers are now facing with Amazon 🙂

For most eCommerce merchants, Amazon is a double-edged sword. Without customer relationships, there’s no customer retention. No habit-creation, no lifetime value, and no future benefits – just a one-night stand!

Despite all this, Amazon has an expensive marketplace, leaving the merchants with a tiny margin, enough to survive but only just, thanks to their data-driven models (20-70%). The same data-driven models are also empowering Amazon to know how to compete with its OWN merchants through Amazon basics. The conversation about the huge costs involved in capturing customers’ attention, being paid by the oligopoly of online advertisers, is kept for another article. Yes, that alternative is grim, too.

There is a catch, however: Amazon’s data cannot (yet) capture all the merchant’s accumulated frustrations and emotions.

Now, let’s talk a bit about Shopify. Last year, that company crushed it: 46.7% YoY revenue growth and a 300% YoY valuation. This means that Shopify’s valuation outpaced that of Amazon tenfold.

To better understand a little about the benefits for each player, here’s a small graph:

Shopify, contrary to Amazon, empowers its merchants not only to survive but to thrive. Although it doesn’t provide them with demand-generation capabilities – Amazon’s main point of differentiation –  it does offer them the technology & the fulfillment network, and all for a tiny cut of the total margin.

Get more valuable customers for a more profitable e-store.

Available for all platforms:

So, my bet is that Shopify is the real contender to Amazon, and the main reason for that is because while Amazon is an online marketplace, Shopify is a specialized eCommerce platform. This means, in effect, that while Amazon will allow you to sell along with other online sellers under its (Amazon’s) name), by using Shopify you will get the necessary tools to build your own eCommerce website and thus have your own store.

Think of selling on Amazon as a bit like having your own signature sandwich and selling it in McDonald’s. Even if your sandwich sells, it doesn’t mean it sells because of your brand; it sells because it’s from McDonald’s. Selling with Shopify, on the other hand, means you have your own store where you sell your own sandwiches under your own brand, which gives you space to create your business identity and business branding.

Reading Shopify’s Global Economic Impact Report enables us to better understand the key differences between Shopify and Amazon. Although Amazon can host many online sellers under its umbrella by allowing them to sell in its marketplace, those sellers will often be selling the same products as Amazon. This can make it very difficult for them to attract new customers because the customer will always choose to purchase based on different considerations, which in the case of Amazon would likely be pricing. On the other hand, Shopify empowers individual companies and entrepreneurs to build their identities by not only allowing them to create their own shop but giving them the tools to build their own brand.

Shopify has definitely become a better option than Amazon because it gives brands full control over their branding, content, pricing and supply chain, a fact that is becoming more and more attractive to business owners and entrepreneurs around the world, who are becoming increasingly frustrated by Amazon’s monopoly tactics.

“We arm ambitious people with powerful tools to start and grow their businesses.”

“We help them to achieve independence by keeping startup costs low and building products that make the important things easier and everything else possible.”

“Every new feature we release unlocks new possibilities for succeeding in the world of commerce.” 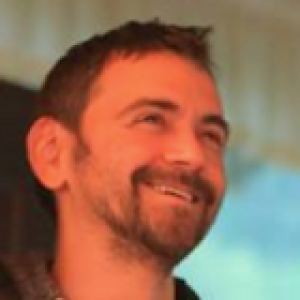 Read this step-by-step guide, complete with Customer Profitability formula, benefits, and the mindset you need to improve it.

Important eCommerce metrics to check in 2022 and beyond

Discover top eCommerce metrics and KPIs that reveal the health of your business, help you predict your growth, and serve as a mirror for your management style.

Check out this guide to NPS Analysis – discover how customer feedback and data can direct you towards improving the health of your business.